The Unknown Evolution Of Military Phone 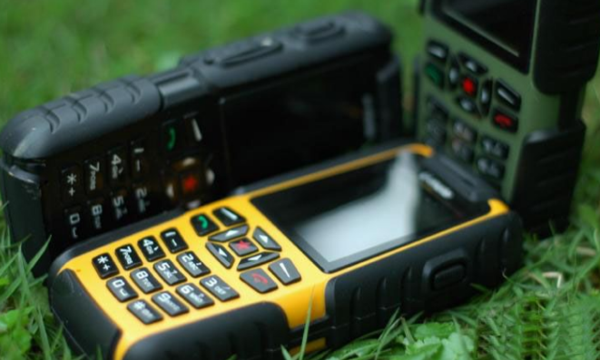 Before the emergence of smart phones, due to the special needs of military operations and marching, "three defenses" (waterproof/dustproof, anti-fall and anti-pressure) were the basic functions and the most important features of military mobile phones. In addition, ultra-long standby, GPS tracking and navigation, air pressure thermometer and other functions are also required by military mobile phones. Many field adventure enthusiasts also have "three defenses" and other requirements for mobile phones. Some manufacturers seize business opportunities and launch some three defenses mobile phones under the banner of "military". The representative ones are Seals VR7 and Strong A81.

Although the security problem should not be underestimated, Americans have not "squandered food because of choking", but have stepped up efforts to study how to make better use of smart phones while ensuring safety.

The relevant person in charge of the Advanced Research Projects Agency (DARPA) of the US Department of Defense even went to the battle front to investigate whether consumer-grade smart phone technology can be used in battle scenes, for example, replacing radio and paper maps with smart phones to complete the navigation of soldiers on the battlefield. DARPA's TrasApp team has developed a series of mobile phone applications for combat soldiers, such as WhoDat, through which soldiers can let their comrades know their surroundings and the distribution of enemies.

At the Rango Salon, He Jun, the SOC director of China Telecom who once worked in the army, mentioned that the army did not send mobile phones before, and about five or six years ago, the army sent the first batch of mobile phones. He got the Samsung black-and-white screen small mobile phone, which only has the function of sending short messages, and sells for about one or two hundred yuan in the market.The military's approach is mainly to ensure "information security".

As experts say, different people have different requirements for mobile phone security. Not only military personnel, but also government officials and business leaders are very sensitive to security because they have many core secrets. However, at present, the security mobile phones provided by the government and some enterprises for these people are either "stupid, big, black and thick" or small and black. In short, there is neither the latest hardware configuration nor excellent design, and some so-called security functions added make users feel very inconvenient. Such mobile phones have to be "abandoned" for a long time.

Yang Dongri, an expert from the Ministry of Industry and Information Technology, said that confidentiality and convenience of mobile phones are very important when referring to "safe mobile phones". Professional secure mobile phones should not "sacrifice" convenience by adding security functions. Zhou Hongyi, chairman of 360 Company, once said in response to this situation: "Safe mobile phone, it is first a mobile phone, it should have a flagship version of the configuration, and it must have a very strong process."

Fortunately, some manufacturers who have entered the field of secure mobile phones attach great importance to this problem, and the launched secure mobile phones have made great breakthroughs in both security performance and user experience. Take 360 as an example. The 360Q5 recently launched by 360 mobile phone has designed many security functions for those political and business people who have security needs. For example, 360Q5 can realize encrypted special line transmission. During the call, the other party can't turn on hands-free, can't record, and the call record is destroyed immediately; In terms of short messages, 360Q5 can realize the information "burn after reading", withdraw it at any time, and prohibit screenshots. This secure mobile phone, which has completed the OS system upgrade and is equipped with EAL5 + level security chip, tries to improve the security of the mobile phone in all directions through "combination of software and hardware".

Mobile devices and the military: Useful tool or significant threat?